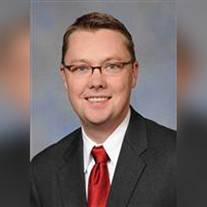 Alexander N. Lamme, age 38 of Brambleton, Virginia, passed away in Chicago, Illinois, on Thursday, April 11, 2013. Alex was born in Fremont on September 25, 1974, and graduated from Fremont High School in 1993. In high school, Alex was a letterman in track, football and basketball. He was a state gold medal 800 meter champion in track, and class valedictorian. He attended the University of Nebraska where he was a member of Sigma Alpha Epsilon fraternity. Alex was also a member of the cross country and track and field teams at the University of Nebraska, where he was a three year letterman in both sports. He was a two year GTE Academic All American in 1996 and 1997 respectively , and an NCAA Division I track and field first team All-American. Alex was a member of the national champion distance medley team as well as a member of a track team that finished second nationally. Alex was also a two time Drake Relays champion and a Kansas Relay Champion. Alex was elected by his teammates to serve as a member of both the UNL Student and BIG 12 Student Athlete Advisory Boards. During his time at the University of Nebraska he spent a semester at Oxford University in England. After graduating with high distinction from the University of Nebraska in 1997, Alex attended the University of Virginia College of Law, graduating in 2000. Alex was a partner with the law firm of Watt, Tieder, Hoffar & Fitzgerald LLC in McLean, Virginia, until March of this year. Alex began employment with Kiewit in Omaha on April 1st. Alex and his family were in the process of relocating to Omaha. The Lamme family are members of Our Saviors Way Lutheran Church in Virginia. Alex married Janae Kincanon in Fremont on August 2, 1997. He is survived by his wife Janae and four children: Nicholas 13, Alexandra 10, Avery 5, and Alayna 2; parents Nick and Cheryl Lamme of Fremont, brother Bill (wife Sara) Lamme of Omaha, mother-in-law Nancy Kincanon of Fremont, grandmother-in-law Marcie Garrison of Fremont, brother-in-law Nate (wife Jodi) Kincanon of Weatherford, Oklahoma, niece Kate Lamme, and nephews Will Lamme, and Taylor, Ryan and Zac Kincanon. Funeral Services will be held Thursday, April 18, at 11:00 A.M. at First Lutheran Church. Pastor Al Duminy and Rev. Jay Gabb will be officiating. Visitation will be Wednesday from 4:00 – 8:00 P.M. at Dugan Funeral Chapel with the family present from 5:00 to 7:00 P.M. Memorials may be given to the Fremont Area Community Foundation to establish scholarships for a Fremont High School student and University of Nebraska track and field athlete in accordance with Alex’s wishes.

Alexander N. Lamme, age 38 of Brambleton, Virginia, passed away in Chicago, Illinois, on Thursday, April 11, 2013. Alex was born in Fremont on September 25, 1974, and graduated from Fremont High School in 1993. In high school, Alex was a... View Obituary & Service Information

The family of Alexander N. Lamme created this Life Tributes page to make it easy to share your memories.

Send flowers to the Lamme family.