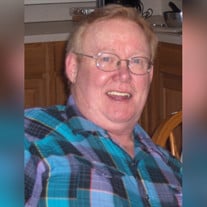 Grant “Bill” William Crosby, 72 Bill Crosby, age 72, of Fremont, passed away Thursday, February 2, 2017 at Dunklau Gardens. Bill was born on April 09, 1944 in Cleveland OH to Loyd Calvin Crosby and Edna Jane (Shepherd) Crosby. He grew up in Arlington and Fremont Nebraska and graduated from Fremont High School. Bill was in Troop E, 167th Armored Calvary, Nebraska National Guard from 1963-1969. He worked in real estate, Western Electric , Village Inn, Hardee’s and finally Hormel Foods where he retired in 2008. Bill earned a Bachelor’s of Science in Business Administration from Kearney State College in 1987 and graduated with the distinction of Summa Cum Laude. Bill was a music lover and loved playing the guitar, even accompanying his nephew, Ken in a few bands. He studied Karate at Midwest Karate Academy in Fremont and earned a black belt in 1979. He also received his black belt in Tae Kwon Do from Kim’s Tae Kwon Do academy in Kearney Ne in 1987. Bill took pleasure from the simple things in life. He was devoted to his family and was a best friend to many. Survivors include his brother Don Crosby of Grand Island, daughter Monica Crosby and her husband Charles Chaika of Omaha, Granddaughter Kayla Cash and her fiancé Nico Wofford of Omaha and two great-grandchildren Kyle and Nicolas, sister-in –law Betsy Crosby, niece Shirley McMahon and nephew David McMahon as well as many great grand nieces and nephews. Bill was preceded in death by his parents, his brother Loyd Jr. “Bing” Crosby, Sisters Greta Dearmin and Shirley Crosby, and his nephew Ken McMahon. A gathering will be held on Thursday, February 9, 2017 from 5pm-7pm at Dugan Funeral Chapel in Fremont Nebraska. Memorials are suggested to the family for later designation.

The family of Bill Crosby created this Life Tributes page to make it easy to share your memories.

Send flowers to the Crosby family.