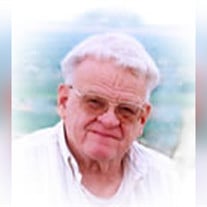 “Bryce” was born June 2, 1931, in Harveyville, KS, to Lloyd Cecil and Mary Alyce Wilkins.  He attended schools in Goodland, KS, and graduated from Western Holiness Bible College in 1950.  While attending Colorado Springs Bible College he met Maxine Brown of Larkspur, CO.  They were married in the Brown family home on October 16, 1950.              He followed his father’s footsteps, and became and accomplished printer and Linotype machinist. Bryce began his newspaper career with a paper route in Goodland, KS, to help support the family after his father was drafted to serve in the war. He later worked in newspapers and printing companies in Goodland, KS, and Colorado Springs, Castle Rock, Denver, and Pueblo, CO.             Bryce had a free streak about him and gained the most satisfaction as an independent newspaper publisher.  He purchased his first family newspaper in Hugo, CO. From this meager beginning, Bryce eventually formed Neb-Col Newspapers, Inc., and owned all or part of weekly newspapers in Mitchell, Bayard, and Oshkosh, NE, and Julesburg, Akron, Haxtun, and Wray, CO. The relationship to these newspapers continues as family members are still involved in publishing operations in Idaho and Texas.             He was well known throughout the newspaper communities of Colorado and Nebraska. Her served on many committees of the Colorado and Nebraska Press Associations, and held the office of President of the Nebraska Press Advertising Association in 1986.             The “Godfather”--as he was affectionately referred to by family--and Maxine had three children. For a while they followed Bryce in the family newspaper business. Janet Reneau of Silsbee, TX, and her husband, Danny, are the only children still active in the newspaper publishing industry.  Youngest son, Kevin is a Nationally Certified Economic Developer, employed by the City of Fremont.  Kevin and his wife, Cindy, are residents of the Fremont, NE, community.  The eldest son, Ron, and his wife, Rena, are Registered Nurses and administrators/educators with the Veterans Administration in Denver, CO.             Bryce and Maxine have been active members of the Church of the Nazarene in many of the communities where they have resided.  A family of meager means most of their marriage, the couple never failed to give the Lord his fair share of their time and wealth, purchasing a retired school bus to transport underprivileged children to Sunday School, and a major contributor to the construction of two churches.  Most memorable for the family were the times Bryce, Maxine, and his sister, CloAnn, would play guitar, piano, and accordion, and sing gospel tunes during Sunday evening church service.             He leaves his wife and children behind to mourn their loss, as well as his sister, CloAnn McNall, of Orofino, ID; 14 grandchildren; 20 great-grandchildren, and a host of friends and relatives. He was preceded in death by his brother, Hal, and his parents.

The family of Bryce Wilkins created this Life Tributes page to make it easy to share your memories.

Send flowers to the Wilkins family.