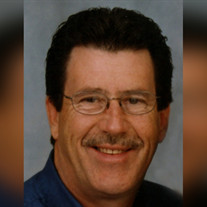 Charles Michael “Mike” Gallatin, of North Bend, age 68, died at home on Friday, March 31, 2017, after a long battle with cancer. Mike was born in Fremont, Nebraska on December 5, 1948 to Deloris I. (Ellis) Gallatin and Vernon A. Gallatin. He was a 1967 graduate of Fremont Senior High School. Soon after, he joined the Army Reserves and served for six years. Mike married Marylee Miller of Fremont, and had a son, Charles Kelsey “Kelly” Gallatin. They later divorced. Mike married Sandy Lynn Kelso, from Raytown, Missouri on May 29, 1971. Together they had three children who were born and raised in Fremont: Todd Ryan, Cody Michael and Sara Renee Gallatin. In 2004, Sandy and Mike moved to North Bend, where they have resided since. Mike worked in the floor covering business for 46 years. He owned Gallatin Floor Covering from 1980-1983, but spent most of his career as a Regional Manager with Blue Ridge Carpet Mills. He later retired from Kraus Floors in 2012. During his retirement, he enjoyed working part-time as security at the Dodge County Court House and as a patient transportation driver at Fremont Health Medical Center. He came to faith in Christ in 2011 and was a member of the Alive Bible Church. He loved golfing, fishing, hunting, bowling, watching the Huskers and spending time with his grandkids and family. Mike also had a passion for coaching his kids’ sports. Mike was preceded in death by his mother, father and sisters Janet Louise Gallatin and Martha Romero, Survivors include his wife Sandy, his sons Kelly (Marsha) Gallatin of Fremont, Todd (Anna) Gallatin of Fremont, Cody (Loreann) Gallatin of Fremont, daughter Sara (Nick) Rogers of Kansas City, Missouri and 14 grandchildren. He is also survived by his brother Kevin Gallatin and special friend Traci Tank of Fremont, and sisters Marilyn (Stan) Freeman of Fremont, Vanessa (Bob) Kallio of Lincoln and brother in-law Dan Romero of North Bend, and many nieces and nephews. Visitation will be held at Dugan Funeral Chapel on Friday, April 7, 2017 from 4-8 p.m., with family present from 6-8 p.m. Funeral services will be held on Saturday, April 8, 2017, at 10:30 a.m. at the Alliance Church in Fremont, Nebraska, officiated by his son, Pastor Cody Gallatin of the Alive Bible Church, Fremont. Memorials may be given to The Alive Bible Church of Fremont.

The family of Charles 'Mike' M. Gallatin created this Life Tributes page to make it easy to share your memories.