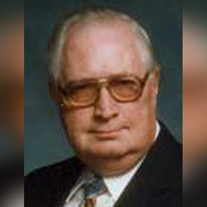 David E. Bute David E. Bute, 82, of Fremont, Nebraska, passed away on February 27, 2008. He was born October 12, 1925 in rural Shenandoah, Iowa, where he grew up. He attended Iowa State College before entering the U.S. Army in 1944. Upon his return from the service, he moved to Lincoln, Nebraska where he was employed by Modern Cleaners and attended the Lincoln School of Commerce. In 1952, he moved to Fremont, Nebraska, and opened Monarch Cleaners, which he owned and operated for 17 years. Later, he joined the Omaha-based Egan Supply Company where he worked for more than 25 years. David was a Past Master and Perpetual Member of Fremont Masonic Lodge #15. He was a Past Commander and Permanent Member of American Legion Post #20 and served on a number of their committees-including Chairing the Legion Fireworks Committee for several years. He was a past Chef de Gare of Voiture 1018 of the 40&8, and he was a former member and past president of the Fremont Kiwanis Club. During his early years on the Fremont Flag Committee, he conceived and started the Fremont Avenue of Flags. During the late 1950s, David and his wife, Carol Bute, organized the first Opportunity Center in Fremont which began David's long-standing and passionate advocacy for the mentally handicapped-an advocacy that continued for more than 50 years. Among his many associations and activities, he was treasurer of the Beatrice State Developmental Center Friends and Family Association for more than 20 years. He served on the board of the Mental Retardation Association of Nebraska for many years as well, and for the past several years was state coordinator for the national Voice of the Retarded organization. David was a member of St. James Episcopal Church. He served on the vestry and organ committee and sang in the church choir for more than 40 years. More recently, he served on the board of the Fremont Senior Adult Center and was active in the local Car-Go program providing transportation for those needed it. David was preceded in death by his parents Wilbur and Cecil Bute, infant brother Jonathan, and wife Carol (Jelinek) Bute. Survivors include son Joel D. Bute, daughter-in-law Dianne Jelden, and granddaughter Anna of Omaha, Nebraska, son Jon F. Bute of Beatrice, Nebraska, and special friend, Margaret Wordekemper. Memorial services will be held Saturday, March 1 at 10:00am at the St. James Episcopal Church in Fremont, Nebraska. Father Paul Mottl will officiate. Fremont Lodge #15 will conduct Masonic funeral services at the church at 9:00am prior to the memorial service. American Legion Post 20 will do flag presentation and volley following service. Dugan Funeral Chapel is in charge of arrangements. No visitation is scheduled-the body was donated to the Nebraska Anatomical Board. Memorials may be given to the Beatrice State Development Center Family and Friends Association, the St. James Episcopal Church, or the Fremont Masonic Lodge #15.

The family of David E. Bute created this Life Tributes page to make it easy to share your memories.

Send flowers to the Bute family.