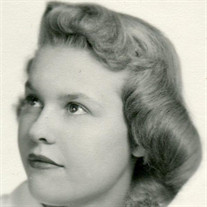 Delores J. Schmale, age 88, of Fremont, passed away Monday, December 27, 2021, at Methodist Fremont Health. Delores was born on April 6, 1933, to Englebert and Loraine (Ladehoff) Muller. Delores attended and graduated from Schuyler High School. She spent most of her childhood in Schuyler. Delores worked in the Schuyler area for a few years before marrying Rudolph Schmale, on September 20, 1955. Delores and Rudolph lived in California before making their home in Fremont. Delores worked as a Homemaker while raising her 3 children, Deborah, Bonnie, Larry. Delores enjoying spending time in her garden and tending to her flower beds. Delores valued her faith and her family. Delores was baptized as one of Jehovah's Witnesses on March 4, 1950, and was a member of the Fremont Congregation of Jehovah’s Witnesses. She believed and had strong faith in Jehovah God's promise at Revelation 21:3,4. Delores was very quiet and kind. She was preceded in death by her husband Rudolph, parents, brother Norman Muller. She is survived by her children Deborah Schmale, Bonnie (Joel) Kern, Larry Schmale, grandchildren Kevin (Brandy) Kern, Kristi (Josh) Haffke, great grandchildren Hannah and Riley Kern, brother Lloyd (Lois) Muller and many other family and friends. Memorials may be directed to the family for later designation. Condolences may be left at www.duganchapel.com Private family services will be held.

The family of Delores J. Schmale created this Life Tributes page to make it easy to share your memories.

Send flowers to the Schmale family.