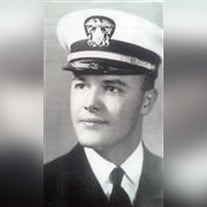 Donnin M. Ames, 94 Fremont   He was born in Cherokee County, Iowa April 15, 1919 and graduated from Marcus, Iowa High School in 1937. Donnin attended Morningside College in Sioux City and National Business Training then joined the Navy in 1942. He served until 1946 and enlisted in the reserves in 1947. Donnin retired as a commander in the Navy after serving in WWII until 1946 and later in Korea, he served on active duty for 6 years and in the reserves for 20 years. Donnin joined Williams C.P.A.'s in Sioux City until Korea and then returned to Williams until moving to Fremont in 1971 where he served as comptroller at Nebraska Savings and Loan until his retirement as Executive Vice President in 1986.   Donnin Ames married Rosalyn Kopecky on June 15, 1947. She preceded him in death February of this year.   He was a member of the First United Methodist Church and the Fremont Optimist Club. Donnin enjoyed antiques, wood-working and his labor of love was restoring furniture.   Survived by three sons; Richard Ames (wife Sandy) of Olathe, Kansas; Steven Ames of Omaha; and Thomas Ames (wife Cindy) of Elkhorn. One brother Francis Ames of Overland Park, Kansas; Numerous grandchildren, great-grandchildren, nieces and nephews.   Funeral service will be 2:00 P.M. Tuesday, August 6 at Dugan Funeral Chapel. Rev. Michael McGregor officiating. Visitation will be Monday August 5, 2013 from 4:00 P.M. to 8:00 P.M. with family present from 6 to 8. Condolences may be left at www.duganchapel.com.   Interment in Memorial Cemetery with military graveside rites by the Fremont Honor Guard, VFW Post 854 American Legion Post 20.   Memorials can be made to First United Methodist Church or Disabled American Veterans.     Dugan Funeral Chapel 751 North Lincoln Ave. Fremont, NE 68002 402-721-2880

The family of Donnin M Ames created this Life Tributes page to make it easy to share your memories.

He was born in Cherokee County,...

Send flowers to the Ames family.