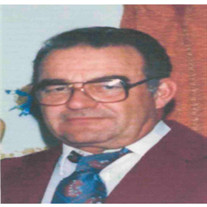 Dwane Leroy Kraay, age 92, of Council Bluffs, IA, formerly of North Bend, passed away peacefully, Monday, October 11, 2021, at his home. On January 20, 1929, he was born in Wilsonville, Nebraska to Cecil and Dorothy (Cecil) Kraay. He attended school in Wilsonville and helped his dad on the family cattle farm during his younger years. Three days after his 18th birthday, January 23, 1947, he joined the United States Air Force at Offutt Air Force Base in Omaha, Nebraska. This afforded him the opportunity to attend the USAF Technical School, where he was able to use his talents and become an electrical engineer. Because of his amazing knowledge, he assisted in maintaining the B-29 air fleet, flying between the United States and England to do so. During his time in the Air Force, he met and married Florence. He was honorably discharged from the USAF on March 5, 1950, and settled in Spokane Washington with his wife and three children. This marriage ended in the early 60’s. Wanting to further serve his country, he joined the Air National Guard in May, 1963 in Spokane and was honorably discharged in May, 1965. In July 1968, he married Berniece and they made their home in Nebraska. She died April 4, 1987. For the remainder of his life, he worked as an iron worker and truck driver. His last stint at employment was as a security guard at Omaha Standard before retiring in 1996. Survivors include his companion of 34 years, Helen Waugh of Council Bluffs, son Tony (Carol) Kraay of Mesa, Arizona, daughter Linda Tennesen of Spokane, Washington, stepson David Waugh of Council Bluffs, and stepdaughter Karen (Claud) Hanes of Fort Lupton, Colorado, seven grandchildren and eight greatgrandchildren. Preceding him in death were his parents, wife Bernie, and his son Mark Kraay. To leave an online condolence please visit www.duganchapel.com Memorials can be made to the charity of your choice in Dwane’s name. Graveside Service will be held Friday, October 15, 2021, at 11:00AM at Ridge Cemetery with Military Honors from V.F.W. Post 854 and American Legion Post #20.

Dwane Leroy Kraay, age 92, of Council Bluffs, IA, formerly of North Bend, passed away peacefully, Monday, October 11, 2021, at his home. On January 20, 1929, he was born in Wilsonville, Nebraska to Cecil and Dorothy (Cecil) Kraay. He attended... View Obituary & Service Information

The family of Dwane Leroy Kraay created this Life Tributes page to make it easy to share your memories.

Send flowers to the Kraay family.