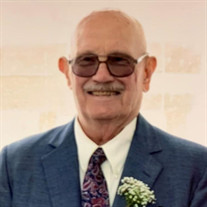 Edward Wayne Wit, age 82, of Fremont, passed away June 7, 2021, at Dunklau Gardens. Wayne was born February 11, 1939, to Lad and Essie (Prather) Wit in Hubbell, NE. Wayne attended and graduated from Beatrice High School in 1957. Following high school he worked for Western Electric in California. He then moved back in 1959, where he learned to weld steel tanks in Beatrice. He spent the majority of his working career as a carman with the Chicago Northwestern Railroad. Wayne enjoyed riding his motorcycle (trike), watching all sports, and hunting waterfowl. Wayne was an All-State Halfback and a State Champion Broad jumper in 1957 at Beatrice High School. Wayne proudly served as the treasurer for the Class of 1957, for over 60 years. He was also a proud Golden Eagle Member of Beatrice Arie 531. Preceded in death by his wife Nancy, his parents and brother and sister in law, Lloyd and Ramona Luce. Survived by his sister LaVella Schwartz of Colorado Springs, CO, daughter Sherry Nutsch of Beatrice, Step-sons Garland (Patti) Stewart of Fremont, Chad (Laurie) Stewart of Ocala, FL, Jesse Stewart of Omaha, 9 grandchildren, 6 great-grandchildren, and many other family and friends. Memorials may be directed to family for later designation. Condolences may be left at wwww.duganchapel.com. Visitation will be held Friday, June 18, 2021, at Dugan Funeral Chapel from 4-7PM with family present from 5-7. Funeral Service will be held Saturday, June 19, 2021, at 10:30AM at Dugan Funeral Chapel.

The family of Edward Wayne Wit created this Life Tributes page to make it easy to share your memories.

Send flowers to the Wit family.