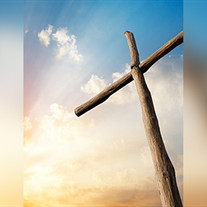 Ewald W. Behling, age 96, passed away Saturday, January 19, 2019, at Fremont Health. Ewald Wilhelm Karl Behling was born July 30, 1922, to Julius and Louise (Daberkow) Behling in rural Beemer, Nebraska. He was reborn in the waters of Holy Baptism and became a child of God on August 27, 1922 at Immanuel Lutheran Church in Beemer. His Christian faith sustained him for 96 years until his death and entrance into heaven on January 19, 2019. \ Ewald grew up on a farm in rural Beemer. He attended Immanuel Lutheran Church and School. He served in the US Army in Germany and Korea. He married the love of his life, Margaret, in 1950. Together they raised five daughters. On January 2, 2019 they celebrated 69 years of marriage. Ewald was a 4-H leader for many years. He served on various Cuming County boards, and was always active at Immanuel in Beemer, St. Paul’s in West Point, and Good Shepherd in Fremont. Ewald enjoyed farming and working at Meyer Building in West Point. You could always find Ewald tending to his flowers from seeds to beautiful blossoms. He was everyone’s fix-it-man, fixing clocks, sewing machines, and just about anything else. If someone told him they needed something, he would make it and bring it the next day. A he always had a helping hand and story to tell. He and Margaret loved to travel to Germany and around the United States. They visited 46 of the 50 states. He loved his family and said his children were a bigger treasure than money. He was preceded in death by his parents and brothers, Edgar Behling and Julius Behling, Jr., and by his son-in-law, Stuart Anderson. He is survived by his wife, Margaret; daughters, Janet (Roger) Pickering, Barbara (Jerry) Keasling, Odessa Anderson, Jennifer (Paul) Gierke, Christi (Shawn) Donald; 26 grandchildren, and 13 greatgrand children; his sisters, Julia Langevin, Lois Glade, Lydia Lambrecht, and Wynona Behling; many cousins, nieces, nephews, and friends. Memorials may be directed to the family for distribution. Memorial Services will be 10:00 am, Saturday, January 26 at Good Shepherd Lutheran Church in Fremont.

The family of Ewald William Behling created this Life Tributes page to make it easy to share your memories.

Send flowers to the Behling family.