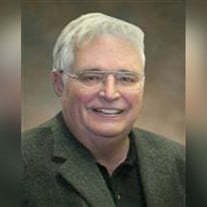 Jack J. Sutton, 73 Fremont Died at Merrick Manor Saturday afternoon. He was born in Junction City, Kansas where he was raised graduating from Junction City High School in 1954. In 1958 he graduated from Kansas State Teachers College at Emporia Kansas and then taught Latin and Social Studies at Fort Scott High School and Junior College. In 1960 Jack received a graduate assistance ship to attend the University of Kansas where he earned a Masters Degree in Public Administration. He served in various capacities in other towns prior to coming to Fremont. Jack came to Fremont as its fifth City Administrator in November of 1967 and held that position until his retirement in October, 2003. He was involved in the incorporation of the Ridge Cemetery Association, Friends of the Fremont Parks, and the Dodge County Humane Society. He served for a number of years on the Ridge Cemetery Board and as a board member of the Salvation Army Advisory Committee. Jack was one of the organizers of the Habitat for Humanity Annual Spaghetti Supper and the Annual Community Thanksgiving Dinner and worked at these events for over 15 years. He was a board member of the Larger City Section Legislative committee League of Nebraska Municipalities (LNM) and the League Association Risk Management (LARM). He was a lifetime member of the International City Managers Association (ICMA) and a member and past president of the Nebraska City Management Association (NCMA). After his retirement he served as a Range Rider for both the ICMA and NCMA. He was also a member of the Fremont Rotary Club, Art Peters Mens Garden Club, Fremont Golf Club, Fremont Tennis Association, Fremont Rod and Gun Club, and the Fremont Area Community Foundation. Jack Sutton married Patricia Sutton September 15, 1956 at Emporia, Kansas. He is survived by his wife Patty, one son Kerry L. Sutton (wife Jodi) of Shawnee, Kansas, one sister Olivia Curtis of Enumclaw, Washington., three granddaughters and one great granddaughter. Memorial Services will be Wednesday June 30, at 11:00 A.M. at the First United Methodist Church. Rev. Michael McGregor and Rev. Scott Jensen officiating. There will be no visitation. A memorial has been established to the Dodge County Humane Society or the Ridge Cemetery Association. Condolences may be left at www.duganchapel.com. Dugan Funeral Chapel 721-2880

Jack J. Sutton, 73 Fremont Died at Merrick Manor Saturday afternoon. He was born in Junction City, Kansas where he was raised graduating from Junction City High School in 1954. In 1958 he graduated from Kansas State Teachers College at Emporia... View Obituary & Service Information

The family of Jack J. Sutton created this Life Tributes page to make it easy to share your memories.

Send flowers to the Sutton family.