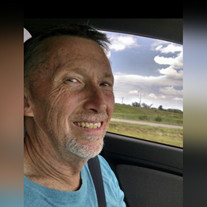 Jay F. Kohout, age 62, of Fremont, passed away Friday, November 15, 2019, at Methodist Hospital. Jay was born March 19, 1957 to Robert and Donna (Maxson) Kohout in Fremont. Jay attended Trinity Lutheran Church and School from K-8th grade, he then graduated from Fremont High School in 1975. Following high school Jay entered into the workforce where he worked for Western Electric in Omaha until their closing in 2011. Jay worked for Home Instead until 2014. Jay most recently worked for Fremont Public Schools as a custodian until his passing. Jay met and married the love of his life Sandy D. Carman on April 12, 1997. To this union were two children T.J. and Kobe. Jay was an avid sports fan and sports enthusiast. He especially enjoyed running and biking as well as watching the Lakers, Cardinals and Rams. Jay enjoyed playing basketball and tennis with buddies. Jay also had a love for hunting and fishing and anytime spent with his brother, dad and son Kobe. Jay and his wife enjoyed trying new restaurants weekly and spending time at the casino. Jay is preceded in death by his parents. He is survived by his wife Sandy, sons T.J. (fiancée Johanna) Micek, Kobe Kohout, sister Charlotte Kohout, brother Bob Kohout, three nephews Josh, Chad and Jacob, niece Mandi, best friends Jeff Meyer and Todd Boysen, as well as many other family and friends. Memorials may be directed to the family for later designation. Memorial service will be held Thursday, November 21, 2019, at Dugan Funeral Chapel at 10:30AM. Visitation will be held 1 hour prior to memorial service, beginning at 9:30AM. Dugan Funeral Chapel 402-721-2880 .

The family of Jay F. Kohout created this Life Tributes page to make it easy to share your memories.

Send flowers to the Kohout family.