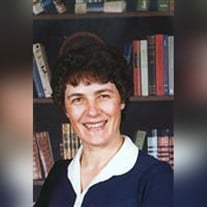 Jean C. Partridge, age 67, passed away Friday, June 15, 2012, at her residence in Fremont. Jean was born October 8, 1944, to Irene (Baker) and Robert Ulrich in Fremont where she was raised and attended school.  She married William Partridge... View Obituary & Service Information

The family of Jean C. Partridge created this Life Tributes page to make it easy to share your memories.

Send flowers to the Partridge family.