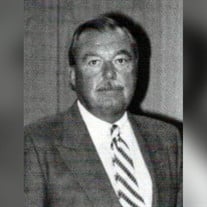 Jerry D. Schiermeyer, 87, of Kansas City died January 8, 2018 at St. Luke’s Hospital in Kansas City of natural causes. Jerry was born in Beatrice, Nebraska on May 29, 1930 and was the only son of Everett and Nellie (Pohlman) Schiermeyer. He graduated from the University of Nebraska with an economics degree. He continued his education at Harvard University, Northwestern University, University of Virginia, and Ohio State University. Jerry married Mary Cook on June 25, 1955, in Beatrice and they moved to Fremont in 1967. They lived in Lincoln from 1972 until 1977 when they returned to Fremont. He moved to Kansas City in 1983. Jerry was active in Midwest banking for over three decades as owner, chief executive officer, and director of banks in Lincoln, Omaha, Fremont, and Beatrice, as well as in several Kansas communities. At the time of Jerry’s death, he was chairman of the board for Bradford Investment Company. Jerry lent leadership talents and organizational skills to a long list of civic and educational institutions over the years, including Security Financial Life, Lincoln General Hospital, Midland University, the University of Nebraska’s Medical Center and Business Alumni Association and Nebraska’s Chief Executive Organization. In 1986, he received the Distinguished Alumni Award from the University of Nebraska College of Business. He was also an Aksarben councilor. He also gave his time by serving on boards of various companies and organizations over the years including Robinson Seed Company, Fremont Area Community Foundation, Fremont Chamber of Commerce, Beatrice Board of Public Works, Beatrice Developmental Corps, Lincoln Chamber of Commerce, American Banker’s Association, Fremont St. James Episcopal Foundation, and many more. Throughout much of his life, Jerry traveled widely, both for relaxation and as an extension of business. Over the years, he tallied visits to more than 105 countries throughout the world. He enjoyed witnessing the social development and business cultures of other countries, but always appreciated and applauded the advantages and opportunities our country provides. Jerry is preceded in death by his parents and an infant daughter Jane. He is survived by daughter Ann Schiermeyer of Omaha, Nebraska, son Bradford Schiermeyer and wife Brenda of Fremont, Nebraska, granddaughters Jane Schiermeyer Hansen and husband Matt of Lincoln, Nebraska and Molly Schiermeyer of Vermillion, South Dakota. In keeping with Jerry’s wishes, there will be no services. He requested that memorial donations be made to the Fremont Area Community Foundation at 1005 East 23rd Street, Suite 2 Fremont, NE 68025 or through the website at https://facfoundationorg.presencehost.net/ways-to-give/give-now.html

Jerry D. Schiermeyer, 87, of Kansas City died January 8, 2018 at St. Luke&#8217;s Hospital in Kansas City of natural causes. Jerry was born in Beatrice, Nebraska on May 29, 1930 and was the only son of Everett and Nellie (Pohlman) Schiermeyer.... View Obituary & Service Information

The family of Jerry D Schiermeyer created this Life Tributes page to make it easy to share your memories.

Send flowers to the Schiermeyer family.