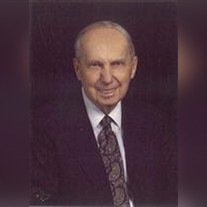 Service:            10:00 a.m. Jan. 14th                            Sinai Lutheran                            Fremont, Nebraska                           Inurnment:     PRIVATE John R. “Jack” Cochrane, 97, of Fremont died December 15, 2011 at Arbor Manor in Fremont.  Jack was born to Linda (Boettcher) and Roscoe J. Cochrane in Laporte, Indiana, on July 9, 1914. He was preceded in death by his parents, his step-mother and 4 siblings. He married Mary Suchta in May 1942. Three children were born to this marriage: Kathryn Murphy (Glenn) Mike (Annette) Chuck (Linda) – five grandchildren, Ned and Emma Murphy, of Boston, and Rachel, Sydney and Cameron Cochrane of Elkhorn, all survive.              Jack graduated from Laporte High School in 1932 and immediately began work for Loudon Packing Company in Terre Haute, Indiana. He worked in production in the plant for several years before moving to the office as a cost accountant. This was the company that developed V-8 cocktail juice. Standard Brands bought out this company and 6 months after Jack and Mary’s marriage they transferred Jack to Napoleon, Ohio as assistant plant manager. This plant not only packed tomato products but also c-rations for the army.  In 1945 Standard Brands transferred Jack to Chatham, Ontario as plant manager to oversee the building of a brand new plant. After it was up and running, Standard Brands sold the V-8 division to Campbell’s Soup Company.  Jack later served as plant manager in Terre Haute, floor manager at the Chicago plant, and plant manager in Salisburg, Maryland. He later transferred to Fremont, his seniority went back 47 years.              Jack has always volunteered in various capacities in the churches he attended. He volunteered to drive for Meals-on-Wheels the moment it was formed, he put flags up on Military Street for years; his last volunteer job was reading for Head Start.              He was appointed by Mayor Art Peters to fulfill a 2nd Ward City council seat and then was elected for 2 terms. He served a total of 11 ½ years. He later served on the Friends of Fremont Area Parks.              He was a member of Sinai Lutheran Church, 30 year member of Kiwanis, Friends of Keene Memorial Library, Bible of the Month Club, and Fremont Golf Club.              Memorials may be sent to Sinai Lutheran Church, Friends of Keene Memorial Library and Friends of Fremont Area Parks, Inc.              The memorial service will be Saturday, January 14th, 10:00 a.m. at Sinai Lutheran Church in Fremont with the Rev. Michael Ostrom officiating.

The family of John R. "Jack" Cochrane created this Life Tributes page to make it easy to share your memories.