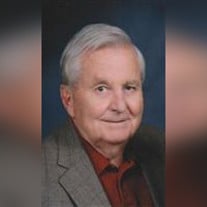 Lee H. Clopper, 86, of Fremont died Sunday, June 3, 2012, at South Lake Village Rehabilitation and Care Center in Lincoln, Nebraska. Lee was born May 23, 1926, in Sioux City, Iowa, to John and Christine (Knudson) Clopper. After his mother passed away, his father married Mabel Rogers, who adopted Lee and his sister, Joyce. Lee was a proud member of the Sioux City Central High School graduating class of 1944; he received his bachelor’s degree in education from Wayne State College in 1952, and he earned a master degree from the University of Nebraska-Omaha in 1960. Lee enlisted in the U.S. Navy Reserve in 1944, and four months later was ordered to active duty for two years. Lee served in the Pacific in World War II, during which time he served as a US Navy mail clerk and postmaster at Pearl Harbor, Hawaii. He received his commission as lieutenant in the US Army Reserve in 1952. He served in the 809th Supply and Service Battalion in various service positions. During his 35 years of service, he received the good conduct medal, the World War II victory medal, the American Campaign medal, the Asiatic Pacific Campaign medal, the armed forces reserve medal, and the army reserve component achievement medal. He was a graduate of the United States Army Command and General Staff College in Ft. Leavenworth, KS. Lieutenant Colonel Clopper commanded the 809th Supply and Service Battalion from 1973 to 1975 and from 1977 until his military retirement in 1979. Mr. Clopper began his teaching career at Fremont Jr. High School as an industrial arts instructor in January 1949. He moved to the new high school in 1961. For 20 years he taught woodworking and coached football and track. In 1970, he became FHS assistant principal and activities director. He served as president of District 2 Nebraska School Activities Association for six years and as secretary for Region 2 Nebraska School Principals Association. He retired in 1990 after 41½ years as an educator with the Fremont Public Schools. Lee married Florence Nancy Allen in Sioux City, Iowa, on December 28, 1947. In their 63 years of marriage, Lee and Nancy raised three children together, and after Lee’s retirement, they enjoyed traveling and spoiling their grandchildren until Nancy’s passing on May 8, 2011. Lee was a passionate Husker football fan. He was a long-standing member of First Congregational Church, UCC. He played golf and worked a variety of part time jobs during the early years of his retirement, and he continued to enjoy card games with his old FHS buddies. He is survived by one son, John Clopper (wife Janie) of Sequim, Washington; two daughters, Danna Becerra (husband Johnny) of Omaha and Julie Clopper-Smith (husband Dan Smith) of Lincoln; eight grandchildren, and two great-grandchildren. Memorials have been established to the Fremont Avenue of Flags and the Fremont Public Schools Foundation. Online condolences may be left at www.duganchapel.com. Funeral Services will be Friday, June 8, at 11:00 AM at the First Congregational Church, 16th & Broad Streets in Fremont. Rev. Cody Gallitan officiating. Visitation will be Thursday, June 7, from to 4:00 to 8:00 PM at Dugan Funeral Chapel, 751 N. Lincoln Ave. Interment will be in Memorial Cemetery.

The family of Lee H. Clopper created this Life Tributes page to make it easy to share your memories.

Send flowers to the Clopper family.