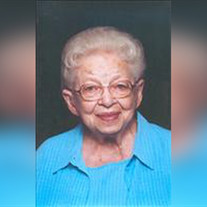 Lydia Nora Stuenkel Lydia Nora Stuenkel, age 90, of Fremont passed away on Sunday, March 15, 2009, at Fremont Area Medical Center.   Lydia Brueggemann was born January 23, 1919 in Osmond, NE, the 4th child of 7 born to Rev. William and Lydia (Noack) Brueggemann.  In 1921 she moved to Tilden, NE, and in 1925 the family moved to Fremont.  She attended Trinity Lutheran School and graduated from Fremont Senior High School.  She did general office work and accounting for a farm management and investment business, then worked in the office at Nebraska Ordinance Plant at Mead.   She graduated from Immanuel Hospital School of Nursing, worked in obstetrics at Fremont Memorial Hospital, and was the first registered nurse at Hormel in Fremont.  She then devoted her time and energies to her family, and later re-entered the work force as a nurse at Arbor Manor for 15 years.   Lydia was a member of Trinity Lutheran Church and its Ladies Women’s Missionary League.  She taught Sunday School for 20 years and sang in the choir.  She was a former member and secretary of Zone 2 of the Nebraska Nurses Association, and was a member of the Fremont Nurses Association.  She was a driver for Meals on Wheels, and a “volunteer grandma” for the Trinity Lutheran day care.   She married Edmund H. Stuenkel, Jr. on June 17, 1952.  Their marriage was blessed with three children, and many wonderful memories.    Survivors include: sons Wayne (and wife, Nancy) Stuenkel of Vestavia Hills, AL, and Dean (and wife, Diane) Stuenkel of Gilroy, CA, and daughter Diane (and husband, Doug) Lourens of Urbandale, IA.  She is also survived by her sister, Esther Hokamp of St. Louis, MO; sister-in-law Lillian Brueggemann of East Northport, NY; grandchildren Matthew (Jennifer) and Benjamin Stuenkel of Vestavia Hills, AL, Evelyn Stuenkel of San Antonio, TX, Lisa Stuenkel of San Francisco, CA, Lori (John) Craig and Jovi Stuenkel of Los Angeles, CA, Jenna Stuenkel of Gilroy, CA, and Rob, John, and Anna Lourens of Urbandale, IA, along with many nieces, nephews, and dear friends from her church and community.   She was preceded in death by her husband in 1976, by her father and mother, and by brothers Carl, Richard, and Robert and sisters Hilda and Ruth.   The funeral will be at 10 a.m. on Tuesday, March 24, at Trinity Lutheran Church in Fremont.  Visitation will be 4-8 p.m. on Monday, March 23, at Dugan Funeral Home in Fremont.  Burial will be at Memorial Cemetery, with a luncheon to follow at the church.   Memorials may be made to Trinity Lutheran Church or the Lutheran Bible Translators.

The family of Lydia N. Stuenkel created this Life Tributes page to make it easy to share your memories.

Send flowers to the Stuenkel family.