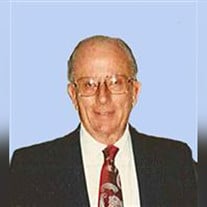 Marvin A. Welander, 81 Fremont Went peacefully to be with his Lord in his heavenly home at Fremont Area Medical Center Friday, December 25.  He was born on August 22, 1928 in Lamoure, North Dakota to Alfred and Ethel (Thompson) Welander.  He was a 55 year member of First Lutheran Church. Marv grew up on a farm in North Dakota.  In November, 1946 he married Annabelle Skovgaard.  He entered the U.S. Army in 1946 and served in Japan until 1948.  They had three children and later divorced.  He moved with his family to Nebraska in 1952 to work at the Mead Ordinance Plant and took up house painting with his brother in Colon, Nebraska.  He did various other work before finding his niche in the sand and gavel business.  He met and formed a special relationship with the Paul and Marcella Christensen family, working for Paul at Christensen Sand & Gravel which later became Hartford Sand & Gravel and finally Lyman-Richey Sand & Gravel.  His expertise was running a front end loader.  Marv retired in 1996 and spent most of his retired years on the Christensen Lake which was fondly called "Marv's Lake" and is now the YMCA Camp.  He also enjoyed raising and selling his sweet corn and meeting with all the friends who came buy it.  His pride and joy was his Ford Tractor and mower which he drove all over doing commercial mowing. Marv married Jackie Walther on December 19, 1986.  She survives. Other survivors include his two sons, Rod Welander (wife Carolyn), Darrell Welander (wife Annette) both of Fremont, one daughter Sharon Miley of Omaha, stepdaughter Brenda Schmidt  (husband Bruce) of Arlington. Seven grandchildren and nine great grandchildren.  He also has a twin sister Muriel Keller (husband Pete) of Ft. Dodge, Iowa and will be missed by many nieces and nephews and their families. Services will be Wednesday at 3:00 P.M. at First Lutheran Church.  Pastor Charlie Axness officiating.  Visitation will be Tuesday from 3:00 P.M. to 8:00 P.M. at Dugan Funeral Chapel, the family will be present from 6:00 to 8:00.  There has been a memorial established to the First Lutheran Church.  Condolences may be left at www.duganchapel.com Dugan Funeral Chapel 402-721-2880

Marvin A. Welander, 81 Fremont Went peacefully to be with his Lord in his heavenly home at Fremont Area Medical Center Friday, December 25.  He was born on August 22, 1928 in Lamoure, North Dakota to Alfred and Ethel (Thompson) Welander.... View Obituary & Service Information

The family of Marvin A. Welander created this Life Tributes page to make it easy to share your memories.

Went peacefully to be with his...

Send flowers to the Welander family.