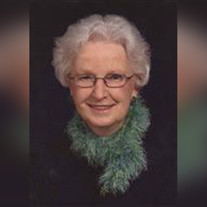 Mary E. Cochrane, 90 Fremont Died at her home Friday March 23.  Mary Emma Suchta was born  December 14, 1921and grew up in Universal, Indiana , the daughter of Frances Morris and Alexander Suchta. She graduated from Clinton High School in 1939.  She moved to Terra Haute, Indiana after high school.  Mary Suchta married Jack Cochrane May 16, 1942 in Griffith, Indiana.  He died December 15, 2011.  In addition to Indiana, Mary and Jack lived in Ohio, Ontario, Canada, Chicago and Maryland before moving to Fremont in 1960. Mary was a member of Sinai Lutheran Church, the Fremont Area Medical Center Auxiliary, and the American Bible Society.  She served on the board of the Fremont Community Concert Series, as a member of the Keep Fremont Beautiful Committee, and as a docent at the May Museum.  She served as a Community Representative for four years for the March of Dimes and was Office Manager at the May Museum for four years. She is survived by one daughter, Kathryn Murphy (husband Glenn) of Chestnut Hill, Massachusetts, and two sons, Michael Cochrane (wife Annette) of Omaha and Charles Cochrane (wife Linda) of Elkhorn and five grandchildren, Ned and Emma Murphy, Rachel, Sydney and Cameron Cochrane. Services will announced at a later date.  Memorials have been established to Sinai Lutheran Church, the American Bible Society, the Louis E. May Museum or the Fremont Area Community Foundation.  Condolences may be left at www.duganchapel.com. Dugan Funeral Chapel 402-721-2880

The family of Mary E. Cochrane created this Life Tributes page to make it easy to share your memories.

Died at her home Friday March...

Send flowers to the Cochrane family.