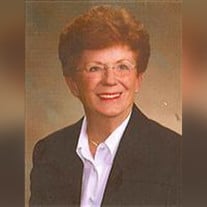 Mary C. Marsh, 75, Fremont, died at her home Wednesday night.   She was born April 9, 1935 in Beatrice, Nebraska and was raised there graduating from Beatrice High School in 1953.  She then graduated from Monticello College in Alton, Illinois.  Mary married Jerry Schiermeyer in Beatrice June 25, 1955 and they moved to Fremont in 1967.  She lived in Lincoln from 1972 until 1977 when she returned to Fremont.   Mary was involved in the real estate business since 1982 as a broker and as an appraiser. She owned her own real estate appraisal company; Marsh & Associates.  She is a Past President of the Fremont Board of Realtors and the Fremont MLS Committee.  She was a member of the Omaha MLS System, National Asssociation of Realtors, Nebraska Real Estate Association, Greater Fremont Development Council, and was a past director of the Greater Fremont Chamber of Commerce.  She was a member of the Presbyterian Church, the Fremont Rotary Club, and PEO.   Mary served for 11 years on the Fremont School Board and for seven of those years as President.  Over the past 12 years she served on the Fremont City Council including the Development and Improvement Committee, Splash Station Committee, 23rd Street Viaduct Committee.  She was Fremont's representative to the Large City Division of the Nebraska League of Municipalities for past eleven years.   Mary Cook Schiermeyer married Paul Marsh in Fremont July 1, 1995.   She is survived by her husband Paul, one daughter Ann Schiermeyer of Fremont, one son Bradford Schiermeyer (wife Brenda) of Fremont, two stepsons Matt Marsh (wife Dana) of Eden Prarie, Minnesota and Ryan Marsh of Lincoln, one brother William Cook Jr. (wife Betty) of Beatrice.  Mary had four grandchildren Jane Schiermeyer, Molly Schiermeyer, Sam Marsh, and Elizabeth Marsh.  She was preceded by her parents, and infant daughter Jane, and a sister Martha Fricke.   Services will be Wednesday July 14, at 2:00 P.M. at the Presbyterian Church.  The Rev. Scott Jensen will be officiating.  There will be no visitation.  There have been memorials established to the Friends of the Fremont Opera House and the Ridge Cemetery Foundation.  Condolences may be left at www.duganchapel.com.

Mary C. Marsh, 75, Fremont, died at her home Wednesday night.   She was born April 9, 1935 in Beatrice, Nebraska and was raised there graduating from Beatrice High School in 1953.  She then graduated from Monticello College in Alton, Illinois.... View Obituary & Service Information

The family of Mary E. Marsh created this Life Tributes page to make it easy to share your memories.

Send flowers to the Marsh family.