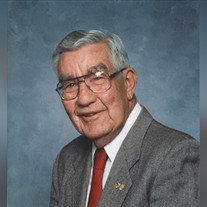 Max K. Hein, 86 Fremont Died at Arbor Manor Tuesday morning, October 21. Max Kenneth Hein, 86 of Fremont went where the Eagles fly on October 21, 2008. He was born on December 13, 1921 in Dodge County to Anna H. (Jacobsen) and Marcus (Max) Hein. He was raised on the family farm west of Arlington and attended district 5 grade school and Arlington Schools. Max married Marcella R. Ranslem on April 13, 1947 at Salem Lutheran Church in Fremont. On March 13, 1945 he joined the Navy, serving until June 15, 1946. He returned to Fremont where he had several jobs before starting to work for Wendell Bruner at Fremont Contract Carriers as both a mechanic and truck driver. He was a member of Salem Lutheran Church, Fremont Veterans Club and the Fraternal Order of Eagles. His brother Lester Hein signed him up in 1941 when he was President of the Aerie. Max was a two-time President of the Aerie in 1958-1959 and again in 2002-2003. He chaired and helped with charities, dinners, dances, auctions, bingo and many other events during his years at the Aerie. He was also on the Men's ritual team as Conductor and Worthy President where he assisted with many of the initiation ceremonies. He was also instrumental in helping the Women's Auxilary get started in April of 1959. In 2006 he was inducted into the Nebraska State Aerie Hall of Fame. Max is survived by his wife of 61 years, Marcella; five children, Sharon Schrader and husband Roger of Fremont, Diane House of San Mateo, California, Robyn Buckingham of Millbrae, California, Mark Hein of Fremont and Beth Bell and husband Cecil Hauri of Osseo, Minnesota; fourteen grandchildren, Naomi Gutz and husband Mike, Michele Wessels and husband Scott, Lisa House, Sara and Sam Buckingham, Jacob, Charlie and Joseph Hein, Mathew, Caleb, and Zachary Bell, and Zachary, Sarah, Jonathon Hauri; and seven great grandchildren, Tori and Dominic Reed, Zoe Gutz, Christian and Bailey Rise and Calvin and Cameron Wessels. He was preceded in death by his parents, brother, parents-in-law Minnie and Ed Ranslem, sister and brother-in-law Evelyn and John Sawyers, and son-in-law Keith Buckingham. Memorial Services will be Monday October 27, 2008 at 11:00 A.M. at Salem Lutheran Church. Rev. Michael Thomas officiating. There is no visitation. A memorial has been established to Salem Lutheran Church or the Fraternal Order of Eagles Cancer Fund. Condolences may be left at www.duganchapel.com. Dugan Funeral Chapel in charge of arrangements.

The family of Max Kenneth Hein created this Life Tributes page to make it easy to share your memories.

Send flowers to the Hein family.