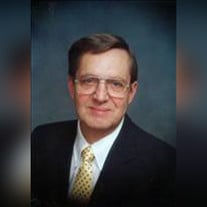 Morace "Moe" Madison Dritley passed away on August 21, 2008 at Fremont Area Medical Center. He was born in Benton Harbor, Michigan on November 24, 1922. After graduating high school he attended Grinnell College in Iowa. After two years of school he enlisted in the Marines and served in World War II. After serving in World War II, he returned to Grinnell and completed his final two years of college. After graduation he started working for Hormel as a salesman. During this time he met and married Virginia Carlson on June 25th, 1948 in Minneapolis, Minnesota. During the Korean War he was called back to the front lines and served 19 months in the infantry, and was discharged as a Captain in the Marines. After being discharged, Morace returned to work at Hormel and he and Virginia moved to Fremont. He continued to live and work in Fremont until he retired. He was an original founder of the Golden K Kiwanis Club, served as Lieutenant Governor of Kiwanis, he was an elder in the Presbyterian Church and active in other organizations throughout Fremont. Preceded in death by his brother Harold Dritley and two great grandsons Toby and Ty Guesnier. Survivors are his wife Virginia, daughters Nancy (Jack) French of Bettendorf, Iowa, Jackie (Mark) Schultz of Pawnee Rock, Kansas, son Paul (LuAnn) Dritley of Elkhorn, Nebraska. Grandchildren Jeremy and Michael French, Haley (Chad) Guesnier, Erin (Corey) Eggers, Jennifer (Perry) Rehn, Amy (Dan) Lambirth, Emily and Stephanie Dritley. Great-Grandchildren Dakota French, Devin and Caden Guesnier, E.J., Joshua, Nathan, and Chris Rehn, and Cameron Lambirth. Memorials are to be made to the First Presbyterian Church of Fremont, Nebraska. Please visit www.duganchapel.com to leave an online condolence. Visitation: Friday 3:00 to 8:00 PM with the family present from 6:00 to 8:00 PM. Memorial Service: Saturday at 3:00 PM at First Presbyterian Church of Fremont. A private inurnment will be held at a later date. Dugan Funeral Chapel 751 N. Lincoln Ave. Fremont, NE 68025 402.721.2880

Morace "Moe" Madison Dritley passed away on August 21, 2008 at Fremont Area Medical Center. He was born in Benton Harbor, Michigan on November 24, 1922. After graduating high school he attended Grinnell College in Iowa. After two years of... View Obituary & Service Information

The family of Morace M. Dritley created this Life Tributes page to make it easy to share your memories.

Send flowers to the Dritley family.