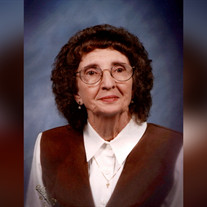 Norma J. Voecks, age 88, of Fremont, passed away Wednesday, June 22, 2016, at Nye Legacy. Norma was born at home in Exira, Iowa, on August 9, 1927, she was the first born to Glen and Elsie Chase. Norma and her family later moved to Atlantic, Iowa where Norma enjoyed working as a waitress at the Blue Goose Cafe where she met the 'love of her life' Glenn Voecks. They were married on March 8, 1952 in the St. Paul Lutheran Church in Harlan, Iowa. Norma and Glenn lived in North Carolina while Glenn served in the Marines. They lived at the Marine Corps Base Camp Lejuene, while Glenn fullfilled his services to our country. Following his discharge from the service they moved back to Fremont, where they built the home in which raised their children, and spent the rest of their days. Norma loved taking care of her children, as well as many other children that she babysat throughout the years. She enjoyed working in her garden and taking care of her flowers. Norma has cherished her little dog 'Chloe' for the last 11 years. Above all, Norma loved her family and friends. She was preceded in death by her husband Glenn, son Kenneth, parents Glen and Elsie Chase, mother and father in law William and Esther Voecks and niece Margie Olma. Norma is survived by her son Randall of Fremont, daughter in law Barbara Voecks of Big Stone City, South Dakota, grandchildren Jason (Stephanie) Voecks of Fremont, William (Caitlin) Voecks of Watertown, South Dakota, Justin Voecks of Fremont, Jordyn Voecks of Fremont, Annie (Scott) Babbitt of Redwood Falls, Minnesota , great-grandchildren Landen, Allison, Nolan, Vera, brothers Harold 'Bud' (Hilda) Chase of Frisco, Texas, Bob Chase of Duluth, Minnesota, Ray (Eileen) Chase of Lincoln, Nebraska, Jerry (Sharon) Chase of Roseville, California, Don (Linda) Chase of Friendswood, Texas, sister Dixie (Ken) Berguson of Boone, Iowa, 11 nieces, 9 nephews, her very special friends, The Spilinek Family, as well as many other family and friends. Memorials may be directed to Children's Hospital and Medical Center. Condolences may be left at www.duganchapel.com Visitation will be held Monday, June 27, 2016 at Dugan Funeral Chapel from 9:30AM until time of service. Funeral service will begin at 11:00AM, Monday, June 27, 2016 at Dugan Funeral Chapel, with Pastor Rick Strong officiating.

Norma J. Voecks, age 88, of Fremont, passed away Wednesday, June 22, 2016, at Nye Legacy. Norma was born at home in Exira, Iowa, on August 9, 1927, she was the first born to Glen and Elsie Chase. Norma and her family later moved to Atlantic,... View Obituary & Service Information

The family of Norma Jean Voecks created this Life Tributes page to make it easy to share your memories.

Send flowers to the Voecks family.