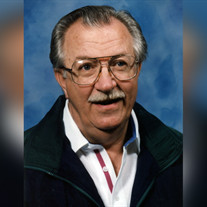 Patrick H. Murphy, age 79, died Saturday, October 22, 2016, at Dunklau Gardens in Fremont. Pat was born and raised in Des Moines, Iowa, where he graduated from East High School. He earned an Associate of General Studies degree at Central College in McPherson, Kansas, in 1959 and a Bachelor of Science degree from Midland College in 1965. He attended the University of Nebraska-Lincoln, earning a Master's degree in Educational Administration and Physical Education (1968) and a Specialist degree in Educational Administration and Supervision (1972). Pat began his career teaching sixth grade at Linden Elementary for five years where his athletic teams were legendary. From 1965-1997, Pat taught social studies and coached football and track at Fremont High School. in 1979-80, he was an assistant coach for the men's track team at the University of Nebraska-Omaha. His commitment to the jump events and his desire to perfect technique in his athletes earned him a reputation as one of the most successful and innovative coaches in Nebraska track history. His records are remarkable as he coached 138 athletes at the State Meet in his four events, winning the pole vault five times, the triple jump three times, and the high jump five times. He had 31 conference champions, 43 district champions, and 13 state champions. Pat was a master teacher in the classroom, initiating courses in black history, the World Wars, and several other topics. His creative use of original overheads connected students visually with history before the advent of current technology. His teaching prowess made him an excellent and in-demand presenter at clinics and conferences across the country, sharing his coaching techniques and strategies from Pennsylvania to Colorado. In addition, he was an instructor at both Husker and Kearney State Track Camps and a field judge for National Junior Olympic, AAU, and TAC meets throughout the state. Recognition by his peers resulted in his selection as the first Assistant Coach of the Year and as a recipient of the Binnie and Dutch track award from the Nebraska Coaches' Association. His most recent honor was having the Fremont Invitational Track Meet renamed in his honor and the establishment of the Pat Murphy Track Scholarship. For all of his accomplishments, he was proudest of the outstanding young men and women that were his athletes and their continued friendship was a highlight of his life. Pat was preceded in death by his parents Allie (Balch) and Henry Clay Murphy, as well as his sister Carol Zeiger, father-in-law Art Peterson, and granddaughter Keely Murphy. Pat is survived by his wife Pam; his daughter Karla Murphy of Phoenix, AZ; his sons Patrick Murphy Jr. of Millard and Sean (Courtney) Murphy of Fremont. Grandchildren are Jordan Murphy, Cole Murphy, McKenna Murphy, Kellen Murphy and Calihan Murphy. He is also survived by his mother-in-law Lois Anderson; sisters-in-law Keri Emery and Suzy (Paula) Anderson; brothers-in-law Michael (Tammy) Peterson and Craig Emery, and many nieces and nephews. Please visit www.duganchapel.com to leave an online condolence. Memorials may be sent to the Pat Murphy Track Scholarship (Fremont Area Community Foundation), the Fremont Public School Foundation, or the Fremont Track Club. Visitation: 4:00 - 8:00 PM Friday October 28, 2016 at Dugan Funeral Chapel Funeral Services: 9:30 AM Saturday October 29, 2016 at First Lutheran Church. Pastor Tollefson will be officiating. Interment: Ridge Cemetery in Fremont

The family of Patrick H Murphy created this Life Tributes page to make it easy to share your memories.

Send flowers to the Murphy family.