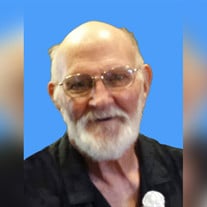 Paul F. Barron, age 72 of Fremont, died on Friday, February 9, 2018, at University of Nebraska Medical Center in Omaha. Paul was born on April 29, 1945, in San Antonio, Bexar County, Texas, to Mary Jane (Terry) Barron. After high school graduation Paul attended college and served in U.S. Navy. After his Navy days, he worked for Lindsay Manufacturing and was assigned to Saudi Arabia. Later on he owned a business in Columbus, Nebraska called Either Or General Store. When he closed his store he became a certified professional chimney sweep. His firm was called American Chimney Sweep. Paul married the love of his life, Connie Lynn Eckerson on May 1, 1993, in Fremont, Nebraska. They enjoyed nearly 25 years of marriage, including several trips to Kona, Hawaii, which was his favorite place on Earth. He was preceded in death by his mother; step-father, Hank Zobel; and his half-brother Kent Zobel. Survivors include his wife, Connie; his son, Andrew (Elisha) Barron, of Atlanta, Georgia; his daughter, Kayla (Grant) Campbell, of Seattle, Washington; and granddaughter, Norah Jane Campbell. Please visit www.duganchapel.com to leave an online condolence. Visitation will be from 5:00-7:00 PM on Friday, February 16, 2018, at Dugan Funeral Chapel. Funeral services will be at 2:00 p.m. Saturday February 17, 2018, at Sinai Lutheran Church, in Fremont. Pastor Al Duminy will be officiating. Memorials may be made to the church or the National MS Society.

The family of Paul F. Barron created this Life Tributes page to make it easy to share your memories.

Send flowers to the Barron family.