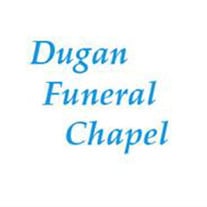 Philip Bruce Frohnen, age 71, passed away Sunday, December 18, 2011, at Fremont Area Medical Center. Philip was born December 17, 1940, to Boyd and Ialene (Stone) in Omaha. He attended Tech High and graduated in 1958. After graduating he went to work in the printing trade where he started at a small printing shop later working for the Omaha World Herald. He and Marion were married February 20, 1960 and lived in Omaha until 1965 when they moved to Fremont. Philip farmed during the day and worked as a typesetter on the nightshift at the Omaha World Herald. He started working at Valmont in 1973 until retiring after 32 years in 2006. Philip enjoyed reading, puzzles, fishing and he and Marion loved their dogs. He especially loved to go bowling, so much in fact that he continued after recovering from two broken legs! Philip enjoyed spending time with his grandchildren and great-grandchildren attending many of their sports and school activities. He was a member of the Fremont Lions Club District “O”, and First United Methodist Church. Survived by: Wife Marion Daughter Susan (Greg) Hilgenkamp of Arlington Son Steven (Monica Moum) Frohnen of Lincoln Grandchildren: Corbin, Baylie, and Cooper Hilgenkamp Paige (Eric) Lech Bryce (Lauren) Frohnen Carl, Sarah, Laura, and Brian Moum Great-Grandchildren: Braden and Angelina Lech, Kennedy Frohnen Sister Sherry (Tom) Luisi of South Hampton, NJ Brother-in-law Kenneth Strizek of Valparaiso Preceded in death by Parents Boyd and Ialene Son Raymond Frohnen Sister Jolene Farrell A memorial has been established to the Fremont Lions Club District “O”. Visitation: 4:00-8:00 PM Wednesday, December 21, 2011 at Dugan Funeral Chapel in Fremont. The family will be present from 6:00-8:00 PM. Funeral Services: 10:30 AM Thursday, December 22, 2011, at First United Methodist Church in Fremont. Pastor Gregg Hall is officiating.

The family of Philip Bruce Frohnen created this Life Tributes page to make it easy to share your memories.

Send flowers to the Frohnen family.