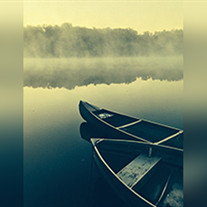 Rickie G. Benjamin, 60 Died at his home in Fremont Tuesday, August 31. He was born September 2, 1957 in Coleridge, Nebraska to Gene and Lynda Benjamin. He was raised in Fremont and finished school at Fremont High School in 1975. Rickie married Kathy Best in Fremont in1977and from that union they had two children, Jonathan and Victoria.. They later divorced and Rick moved to Bassett, Nebraska where he lived until 1998. At that time, Rick moved to Tulsa, Oklahoma to study welding. After his certification in welding, Rick returned to Fremont, began working at Valmont Industries and worked there until his death. Rick was a member of the NRA and ithe Elkhorn Valley Rifle Club. He was an avid deer and turkey hunter and, when he was able, he would go deer hunting with his brother or friends. Rick enjoyed his time spent with family and friends and loved his country. He adored his children, grandchildren, nephews and nieces and was always there to lend a helping hand and listening ear. Rickie is survived by four children; Jonathan Benjamin and Victoria Benjamin (finance Cameo) of Ft. Collins, Colorado, Jason McEntee (wife Shayla) of North Platte, Nebraska, and Sarah Stewart of Washington, D.C. One sister; Korina Cave of North Bend, Nebraska, Eight Grandchildren; Maya, Arie, Rowan, and Evie Welchman and Avery, Madilynn, Jaxon and Gabriella McEntee. Three brothers; Kevin Kock (wife Barbara) of Omaha, Timothy Kock and James Kock (wife Pamela) both of Fremont. He is also survived by twelve nephews and nieces and nine great nephews and nieces. Rick is proceeded in death by: his father, Gene Benjamin, mother, Lynda Kock, brother, Scott Benjamin and grandparents. Memorial Services will be Saturday, August 18 at 10:30 A.M. at Dugan Funeral Chapel in Fremont. Interment will be in the Concord Cemetery in Dixon, Nebraska. Condolences may be left at www.duganchapel.com. Dugan Funeral Chapel

Rickie G. Benjamin, 60 Died at his home in Fremont Tuesday, August 31. He was born September 2, 1957 in Coleridge, Nebraska to Gene and Lynda Benjamin. He was raised in Fremont and finished school at Fremont High School in 1975. Rickie... View Obituary & Service Information

The family of Rickie G. Benjamin created this Life Tributes page to make it easy to share your memories.

Died at his home in Fremont Tuesday,...

Send flowers to the Benjamin family.