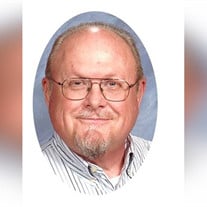 Robert (Bob) D. Mack of Omaha, Nebraska passed away at the age of 71 on Friday, March 18, 2016. Bob was born in Omaha, Nebraska on October 26, 1944 to Duane and Frances Mack. He graduated from Omaha South High School in 1962, and went on to college to gain his civil engineering degree from the University of Nebraska Omaha. Bob joined the Air Force in 1968. He completed officer training in 1968 and served the Air Force as an engineer in both an officer and a civilian capacity until his retirement in 2002. Bob was proud of his military service; especially his time spent within the missiles, ops, environmental and housing divisions. Bob was stationed at Malmstrom Air Force Base in Montana, where he met Sheila Lear. Bob and Sheila married in 1970. He was later stationed at Offutt Air Force Base (SAC) in Nebraska and Scott Air Force Base (AMC) in Illinois. After his retirement from the military Bob worked as an engineer in the private sector. In 2009 he and Sheila moved back to the Omaha area. Bob’s achievements in life were numerous. He was very involved with the Catholic Church serving as a Sacristan, a Eucharistic minister and on parish council. Bob loved music, fishing and his family. He was intelligent, witty and could rock any baby to sleep. His favorite past times included reading and fishing as well as playing “Papa Monster” and baking cookies for his four grandsons. Bob had an intelligent and analytical mind paired with the heart of a poet. Bob was preceded in death by his parents Duane and Frances (Skinner) Mack, his father-in-law Pete Lear and his sister in-law Tricia (Lear) Beck. He is survived by his wife of 45 years, Sheila Mack of Omaha, NE; his children Jeff (Laurel) Mack of Omaha, NE, Kristin (John) Gibson of Fremont, NE, Katie (Kevin) Olson of Omaha; his four grandsons Grant and Zach Gibson and Brenden and Max Olson; his sister Joyce Mack of Bellevue, NE; his mother-in-law Maureen Gallagher Lear of Fairfield, MT; in-laws Peggy Somdahl, Deb (Marty) Basta, Pete (Rachel) Lear, Jim (Sherlyn) Lear, Don Beck and Dan Somdahl of Montana and Nevada; many nieces, nephews and friends. Memorials have been established to the family. To leave an online condolence please visit www.duganchapel.com A visitation will be held Friday, April 1st, 2016 at St. Charles Borromeo Catholic Church Gretna from 6:00 - 8:00p.m. with wake service at 7:00p.m. The memorial service will be held on Saturday, April 2nd, 2016 at St. Charles Borromeo Catholic Church Gretna at 11:00 a.m. Visitation will be held Friday, April 1, 2016, at St. Charles Borromeo Catholic Church Gretna from 6-8pm, with at wake service at 7:00p.m. Memorial Service will be held Saturday, April 2, 2016 at St. Charles Borromeo Catholic Church Gretna at 11:00a.m.

The family of Robert D Mack created this Life Tributes page to make it easy to share your memories.

Robert (Bob) D. Mack of Omaha, Nebraska passed away at the age...

Send flowers to the Mack family.