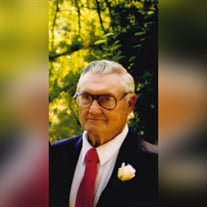 Rodney R. Stuenkel, 85 of Fremont, passed away Monday, March 15, 2021 at Methodist Hospital in Omaha. Rod was born September 27, 1935 to Elmer and Faye (Bahle) Stuenkel, in Tekamah. Rod attended grade school in rural Washington County, and graduated from Fremont High School in 1953. In 1957, Rod was married to Judith Ann Sommers, to this union were born five children. Rod worked at Gate City Steel in Omaha before moving to Colorado in 1958. Rod worked at the Martin Missle Base while in Denver. Following Rod's time in Colorado he moved back to the farm. Rod worked as a self employed heavy machine operator around the Fremont area, where he resided on the farm until his death. Rod was united in marriage with Mary Simons to this union were born two children. Rod enjoyed playing baseball with the Fremont Nighthawks, going to auctions, his family's livestock, dirtwork and farming the homeplace. Rod enjoyed all time spent with his grandchildren. Rod was preceded in death by his daughter Suzanne Stuenkel, parents, great grandson Dakotah Lee Armstrong. He is survived by his children Cindy (Leo) Adams, Ronnie Stuenkel, Patricia Brammer, Robert (Donna) Stuenkel, Scott (Sara) Olson, Randy (Amanda) Stuenkel, 12 grandchildren, 11 great grandchildren, special friend Margaret Teague and many nieces, nephews, family and friends. Memorials may be directed to the family for later designation. Condolences may be left at www.duganchapel.com Private family services will be held.

The family of Rodney R. Stuenkel created this Life Tributes page to make it easy to share your memories.

Send flowers to the Stuenkel family.