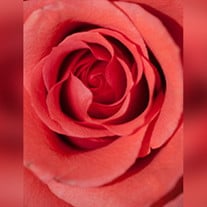 Ruth L. Sibert, age 99, passed away Friday, January 11, 2019, at Nye Legacy. Ruth Lenora Thurm Sibert was born to August C. and Ida M. Thurm on June 26, 1919, in Norfolk, Nebraska. She came to Fremont with her family in 1923. She attended Trinity Lutheran Grade School and graduated from Fremont Senior High School in 1937. Ruth L. Thurm married Vance L. Sibert of Waterloo, Nebraska, at Trinity Lutheran Church on May 18, 1946. He died on May 3, 2002. Ruth was employed at Stephens National Bank and First National Bank in Fremont before moving with her husband to Oelwein, Iowa, in December 1958. While living in Oelwein and Mason City, Iowa, she was employed by Chicago Great Western and Chicago North Western Railroads, retiring in 1984 after 22 years of service. She and Vance returned to Fremont in October of 1984. Preceded in death by her husband; parents; brother Earl Thurm; Sisters Mildred Hook and Elna M. Fowler. Survived by her brother Harold Thurm of Roseville, CA; Sisters-in-law Clarice (Barney) Barnhill of Elkhorn, NE, Bonnie Sibert, and Sonia Sibert, both of Omaha; Several nieces and nephews. Graveside services will be held at 11:00 AM on Monday, January 21, 2019, at Memorial Cemetery.

The family of Ruth L. Sibert created this Life Tributes page to make it easy to share your memories.

Send flowers to the Sibert family.