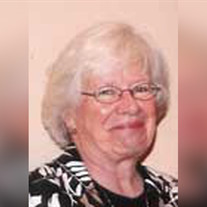 Sara Dillow, 67 Fremont Died at Methodist Hospital in Omaha on Friday, February 8. Sara was born on Dec. 17, 1940 to John and Grace Rhodes in Beatrice, Nebraska. Sara graduated in 1958 from Beatrice High School and the University of... View Obituary & Service Information

The family of Sara R. Dillow created this Life Tributes page to make it easy to share your memories.

Died at Methodist Hospital in Omaha...

Send flowers to the Dillow family.