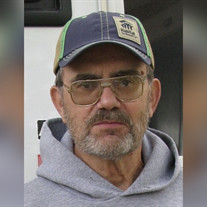 Thomas "Tom" O. Saunders, age 79, of Fremont, passed away January 8, 2020, at Dunklau Gardens. Tom was born June 3, 1940, to John and Dorothy Saunders in Dixon, Nebraska. At an early age, Tom, moved to Fremont. He attended and graduated from Fremont High School. Following High School he volunteered for the draft serving in the United States Army from 1958-1960. After he was honorably discharged from the US Army he began working at Western Electric for 1 year. He then became employed with Hormel where he worked for 38 years before retiring. Tom met his wife Elsie in 1958, they married in 1962 in Iowa. To this union were born 3 children Mericke, John and Susan. Tom enjoyed the simple things in life. He lead an active lifestyle and could usually be found walking, running marathons, or biking. He enjoyed keeping himself busy. He restored 2 cars and remodeled his home. Tom enjoyed time spent with family and traveling with Elsie. He is preceded in death by his daughter Susan, parents, brothers Billy and Gary and sister Patricia. He is survived by his wife Elsie, children Mericke Christensen and John Saunders, brothers Lyle Saunders and Gaylord (Patricia) Saunders, sister Peggy (Floyd) Harriger, 7 grandchildren, 7 great grandchildren, special friend of 74 years Norman "Butch" Walker as well as many other family and friends. Condolences may be left at www.duganchapel.com Memorials may be directed to the First Lutheran Church banquet Memorial service will be held Monday, January 13, 2020, at First Lutheran Church at 11AM. Military honors will be conducted by V.F.W. Post 854 and American Legion Post #20 following the memorial service.

The family of Thomas O. Saunders created this Life Tributes page to make it easy to share your memories.

Send flowers to the Saunders family.