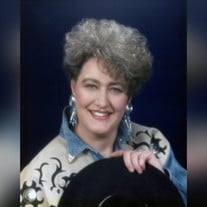 Virginia K. Nelson, age 75, of Fremont passed away Sunday, June 7, 2020 at her home. Virginia was born May 12, 1945 in Omaha to Elmer and Anita (Paulsen) Holstein. She grew up on a farm near Washington, NE and graduated from Blair High School in 1962. Upon graduation, Virginia attended Midland Lutheran College in Fremont and graduated Cum Laude in 1965 as an Education major. In 1963, while a student at Midland, she met and fell in love with Lyle Nelson of rural Oakland, NE. Lyle and Virginia were married at St. John’s Lutheran Church in Bennington, NE on June 25, 1966. Virginia started inspiring students in the fall of 1965 when she began her teaching career at Linden Elementary in Fremont teaching 2nd grade. She taught for 3 years before deciding to stay home to raise her children. Virginia was a stay-at-home mom until she and a friend co-founded and started a preschool at the Fremont Alliance Church in 1983. This preschool is still strong and serving it’s original purpose - 37 years later. Lyle and Virginia were always looking for ways to serve people and further the Gospel of Jesus Christ. In 1968 they volunteered to be on a service committee to plant a new church in Fremont - St Timothy Lutheran. Virginia served in various capacities at St. Timothy, but most enjoyed Women’s Ministry, Couples Club, and teaching Sunday School. After tragically losing Lorinda Jo (her first born) to leukemia in 1973 Virginia joined Christian Women’s Club and served as a traveling speaker - sharing the good news of Jesus and giving women across the region hope - amidst life’s tragedies and trials. She served as President of Christian Women’s Club from 1976-1978. Virginia returned to public education and began teaching 5th grade at Milliken Park Elementary School in 1989. In 2003 she was diagnosed with breast cancer and was forced to retire in 2004 due to complications. Just before her retirement from teaching, Lyle and Virginia moved to their dream home at Lake Ventura in rural Fremont. Virginia was known for her kindhearted spirit, her resilient fight for joy, her contagious smile, and a deep inner peace which transcended all understanding. She enjoyed camping, bike riding, and going for walks - or strolls in her wheelchair (in high gear). One of her favorite times of the year was early August, where for the last 45 years she attended the Okoboji Bible and Missionary Conference, spending the entire week with her family. She had a gift of hospitality and loved people - especially her family and her students. Attending her grandchildren's activities and events was always a priority. She always looked for opportunities to entertain guests, serve a meal, host missionaries, and help anyone in need. Virginia’s second bout with breast cancer began in May 2019 which led to her bodily decline and eventually took her physical life. Condolences may be left at www.duganchapel.com Memorials may be directed to the family for later designation. Preceded in death by Lorinda Jo Nelson (daughter - 4 years old) and Jackson Eric Blick (grandson - 16 years old). Survived by husband of 54 years Lyle, daughter Jodi (Eric) Blick of Fremont, sons Merritt (Dannika) Nelson of Oakland, Dwight (Jessica) Nelson of Helena, Montana, grandchildren; Justine Blick (21), Turner Blick (18), Grace Blick (16), Dacey Nelson (19), Caden Nelson (18), Chaney Nelson (15), Sadie Nelson (15), Harvey Nelson (4), and Fletcher Nelson (3). Visitation will be held Thursday, June 11, 2020, from 5-8PM at Dugan Funeral Chapel. Directive health measures will be in effect. Funeral Service will be held Friday, June 12, 2020, at 1PM at the Fremont Evangelical Free Church. Directive health measures will be in effect. Burial will follow at the Salem Covenant Cemetery in rural Oakland, NE.

Virginia K. Nelson, age 75, of Fremont passed away Sunday, June 7, 2020 at her home. Virginia was born May 12, 1945 in Omaha to Elmer and Anita (Paulsen) Holstein. She grew up on a farm near Washington, NE and graduated from Blair High School... View Obituary & Service Information

The family of Virginia K. Nelson created this Life Tributes page to make it easy to share your memories.

Send flowers to the Nelson family.