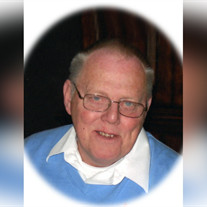 On July 25, 2018, William (Bill) J. Smith turned 69 years old, and also passed away surrounded by love and family. He was at Methodist Hospital in Omaha, NE. Bill was born on July 25, 1949, in Fremont, NE, to Bill and Alyce (Green) Smith. Growing up in Fremont, Bill was passionate and involved in the family business, Green’s Greenhouses. He graduated from Fremont High School Class of 1968. It was during his sophomore year in High School that he met the love of his life, Eileen Hawkins. After a semester at College in Kansas, he came home to Fremont to marry Eileen on May 3, 1969. Shortly after, he was drafted to serve during the Vietnam War and he and his new wife relocated to Tacoma, WA. After serving in the Army at Fort Lewis for two years, and having their oldest son (Dan) the young couple moved back to Fremont. He continued his service to his country with the National Guard for a total of 25 years. During their time in Fremont, Bill and Eileen had another son (Scott) and a daughter (Darci). At the age of 43, Bill left his job of 20 years at Hormels to return to school and change his career to electronics. With their sons grown, Bill and Eileen relocated with their daughter to Sioux Falls, SD where they stayed until 2012. After his father’s passing, and all their children grown, the couple retired and moved back to Fremont, NE, where they continued to reside. Bill was loved deeply as a husband, father, brother, uncle, and neighbor. He was a legendary story teller, and his influence and character will continue to live in his children, grandchildren, and everyone he touched. Bill was passionate about gardening, fishing, Nebraska Cornhusker football, and spending quality time with loved ones. Bill was preceded in death by his parents, William H. and Alyce (Green) Smith, his Father-in-law Richard Hawkins, and his Brothers-in-law Bill Hawkins and Randy Reyzlik. He is survived by his wife of 49 years Eileen (Hawkins) Smith, sons Dan (Jen Kozik) Smith with grandchildren Jack and Ellie Smith, son Scott Smith, daughter Darci (Evan) Granberg, mother-in-law Ramona (Rouse) Hawkins, sister Sue (Smith) Reyzlik, brother Stacy (Laurie) Smith, sisters-in-law Patti (Larry) Heimann and Katie (Hawkins) Middleton, close family friend Hiedi (Reinbold) Torgerson and her sons Hayden and Carson, as well as numerous nieces and nephews, including foster son Phoenix Middleton. Please visit www.duganchapel.com to leave an online condolence. Visitation will be held on Monday, July 30, 2018, from 4:00 - 8:00 PM at Dugan Funeral Chapel in Fremont, NE. Family will be present from 6:00 - 8:00 PM. Funeral Services will take place at 10:30 AM on Tuesday, July 31, 2018, at First United Methodist Church in Fremont. Pastor Bill Gepford will be officiating.

On July 25, 2018, William (Bill) J. Smith turned 69 years old, and also passed away surrounded by love and family. He was at Methodist Hospital in Omaha, NE. Bill was born on July 25, 1949, in Fremont, NE, to Bill and Alyce (Green) Smith.... View Obituary & Service Information

The family of William J. Smith created this Life Tributes page to make it easy to share your memories.

Send flowers to the Smith family.